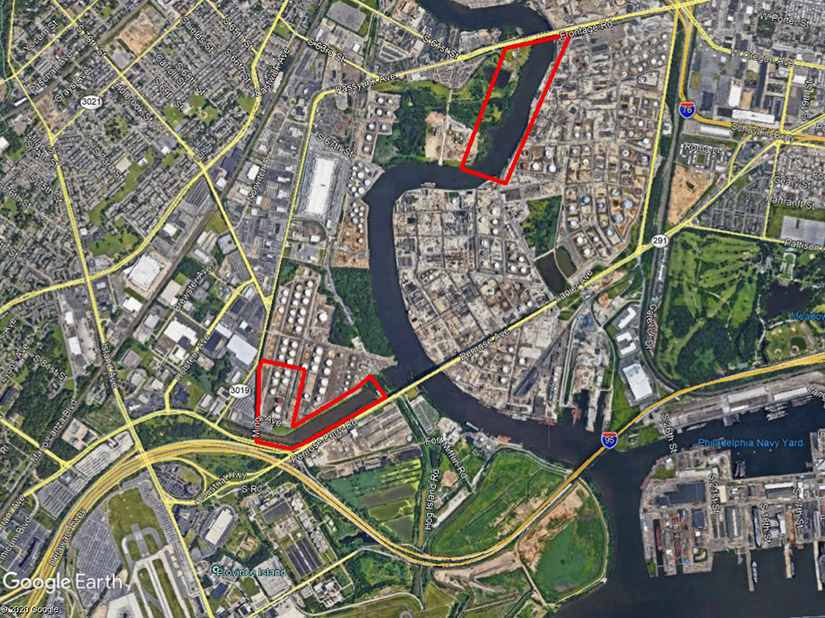 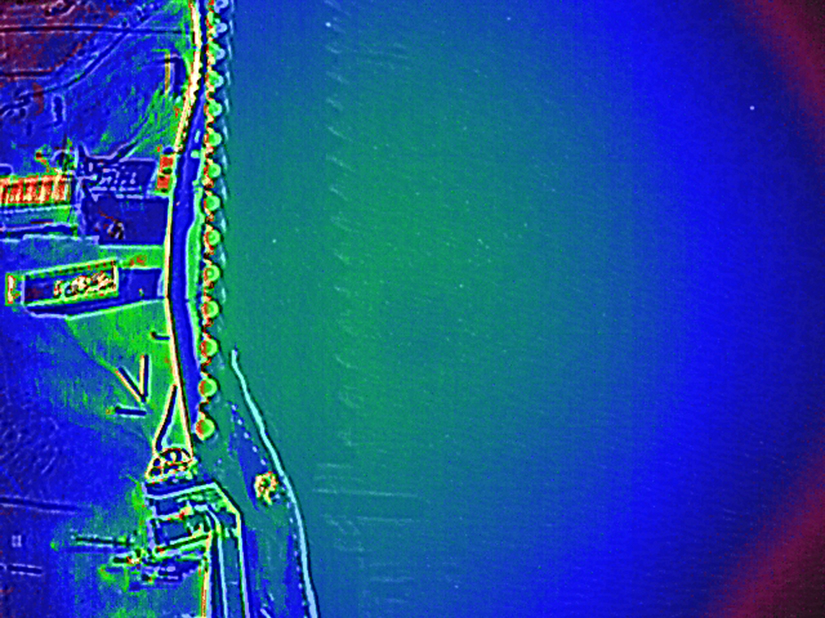 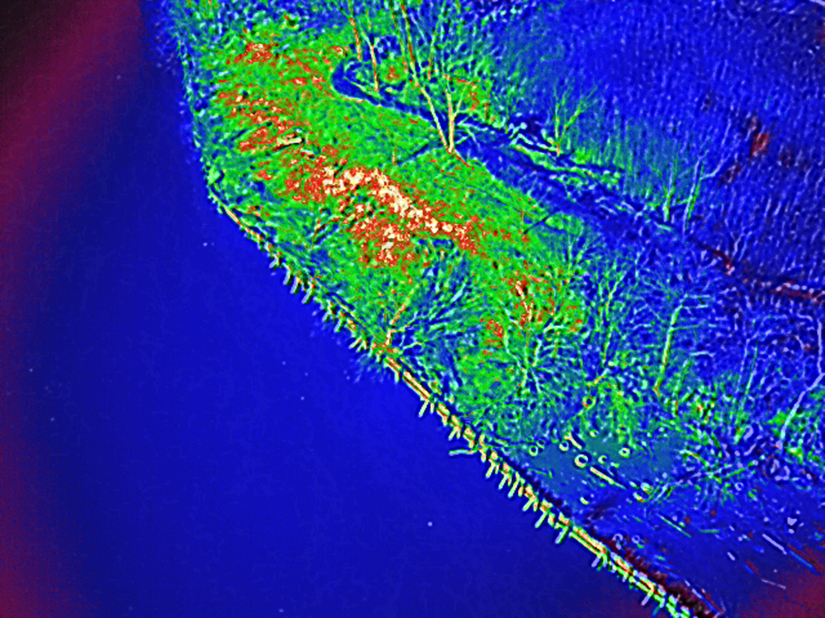 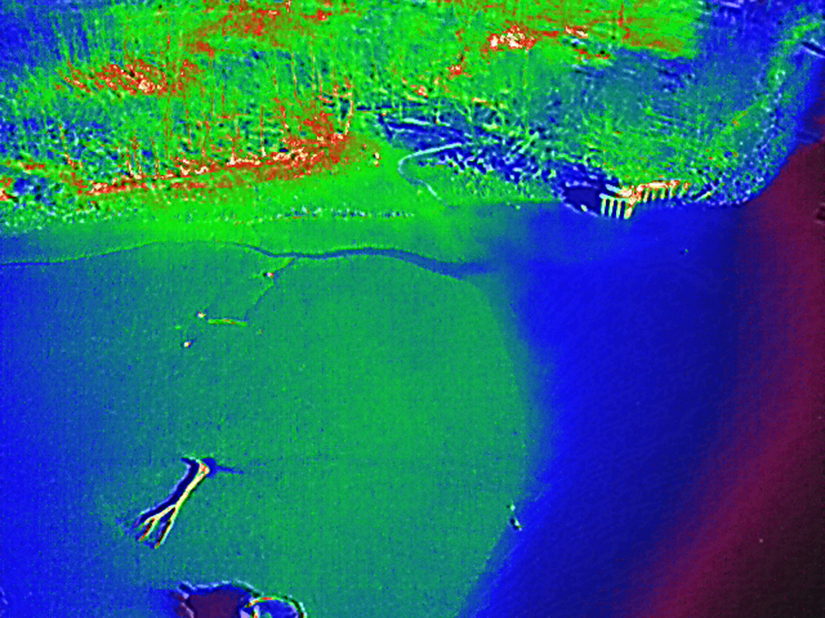 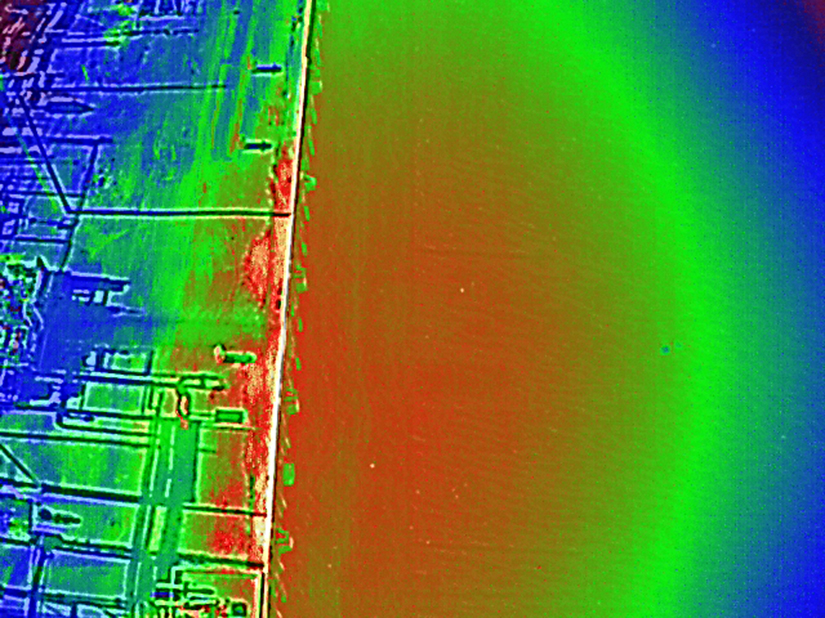 The client, an environmental liability management subsidiary of a major oil company, required investigation of a potential release of light non-aqueous phase liquids (LNAPL) from an inactive refinery to a tidally-influenced major river. The client’s objective was to collect data that could identify the location and abundance of the release(s) and provide enhanced evidence to determine the origin. One of the goals was to capture data during tidal low caused by astronomic/meteorological conditions. There was a small and rare window of opportunity to capture the data, which would be very difficult to accomplish efficiently, safely, or with acceptable data quality by boat or manned aircraft. Traditional methods, which may not have successfully identified the thermal variations in the river, would have required significant safety precautions, additional personnel, use of a boat, adherence to strict working conditions around water, or use of a costly manned flight by small plane or helicopter.

GES was engaged to apply innovative technology using a small unmanned aerial system (sUAS or drone) equipped with a thermal camera to detect LNAPL impacts on this major river in an urban/industrial setting. More specifically, the use of drone technology would produce photogrammetric maps and thermal imagery covering areas of interest near bulkheads along the banks of the river and an associated retention pond.

Due to the site’s proximity to a nearby major international airport (within 500 feet), GES was required to obtain flight authorization approval from the Federal Aviation Authority (FAA). GES successfully obtained this approval quickly to enable flight during the narrow window of ideal tidal conditions.

Using visual light, zoom, and thermal cameras, the flight obtained critical data, including high-resolution, temperature-scaled thermal data, to map the area of interest. Our skilled pilot modified the flight plan in the field to capture additional data while maintaining compliance with the FAA authorization. The data were visualized using photogrammetry to produce a georeferenced, spatially-accurate map, including temperature anomalies depicted in the thermal imagery.

Using a drone with visual light, zoom, and thermal cameras, GES expended only one field day of effort for an operation that normally incurs more field time and safety oversight and has inherent risk to personnel using traditional methods. GES’ approach of utilizing a drone for investigation saved time, mitigated risk, and overall cost less than the traditional approaches. The data can be continuously reviewed due to the digital nature of the field-data collection

As GES anticipated, the petroleum LNAPL discharge was visible in both standard camera and thermal infrared imagery. The results confirmed that LNAPL discharges were occurring from a bulkhead along the river. The client-required data were obtained in less than two hours of flight time.