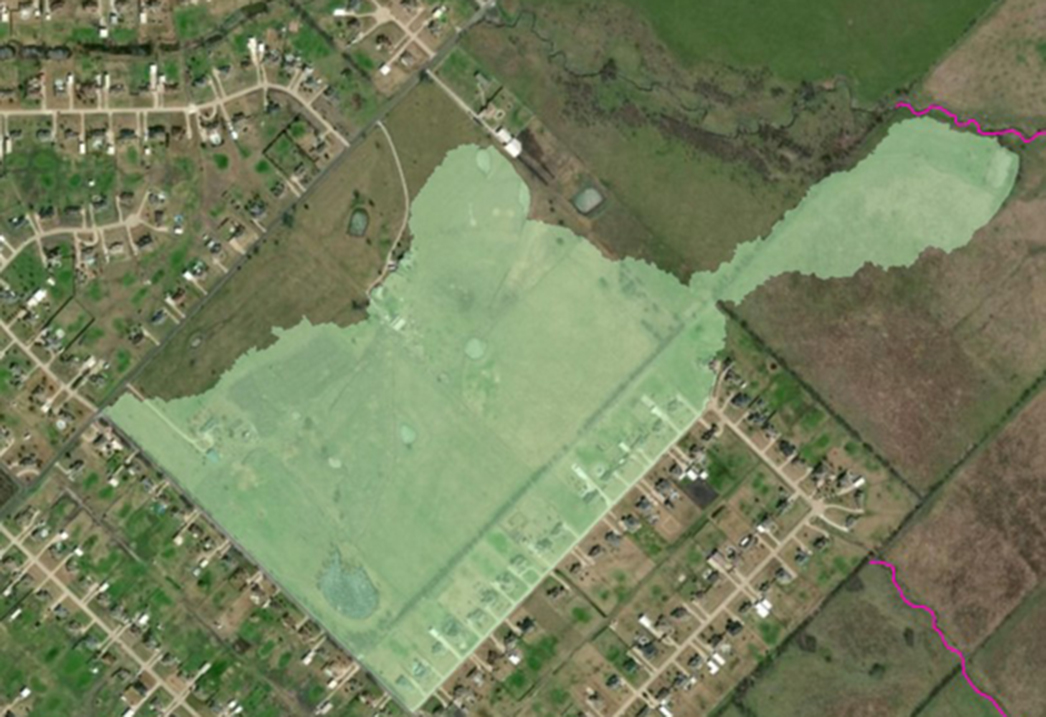 The client, a land-development company, required an FAA-certified small unmanned aerial system (sUAS or drone) pilot to fly a Matrice 210 drone to visually inspect numerous streams located on the Las Lomas Mitigation Bank from above. The drone would be used to gather data on areas that were inaccessible or too difficult to traverse by foot. Data captured by the drone would be used to create orthomosaic and topographic maps of the streams and their bank conditions, in addition to high-definition photos and videos.

GES was engaged to conduct the drone flights. Prior to the site visit, multiple flight paths were developed for the drone to most easily document stream conditions. Flight patterns were modified to best capture all of the dimensions of the various streams. These modifications included flying each stream multiple times at different elevations (100 ft., 200 ft., and 400 ft.), and flying in different directional patterns (i.e., perpendicular to the stream and in a cross-hatch pattern). Additional flights captured eye-level imagery and videos of stream conditions, and gathered data from underneath the dense canopy cover. DroneDeploy software program was utilized to process the data captured by the drone and, along with the tools available in the ArcGIS program, create numerous maps/deliverables that illustrated the various site conditions.

Maps and videos of the streams were used to aid in ongoing stream redesigns and mitigation at the site. Topographic maps and contour lines created from drone data allowed for analysis of the conditions of surveyed streams and their banks. Utilizing the drone allowed for collection of larger sets of data for areas that were either inaccessible on foot, or would have required a much longer time and significant expenditure to access safely.