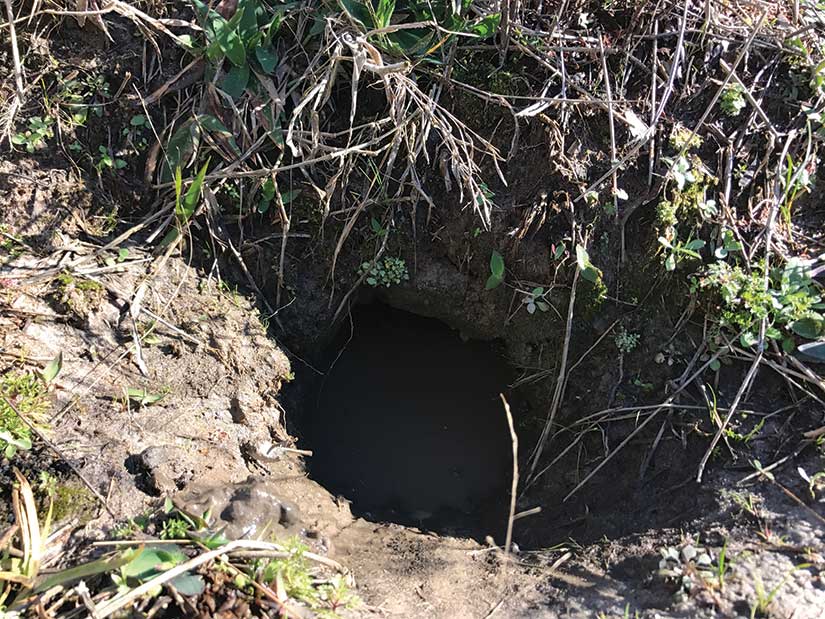 The gopher tortoise is a protected keystone species with a pivotal role to play in their native communities of the southeastern U.S. In alignment with a pipeline company’s commitment to environmentally responsible and sustainable operations, an endangered species assessment survey was needed prior to beginning planned work along an existing pipeline’s right of way.

GES built a team of ecological and environmental consultants with the necessary knowledge of the species as well as client protocols and regulatory requirements. The objective was to develop and implement a streamlined work plan to allow pipeline work to progress in an environmentally responsible manner.

The survey area was divided into one-mile linear sections along the right of way. GES conducted a desktop survey to prepare for on-site conditions and generated geographic field maps that also depicted depth-to-water-table data. Areas were classified according to their potential for species habitat. Field surveyors systematically located and documented several abandoned burrows as well as clusters of active burrows within the planned work area. Due to the potential for changes in burrow use, GES recommended completion of the pipeline work in an expedited three- to four-month timeframe to minimize the likelihood of changes in habitat.

The endangered species report, approved by state regulators, was used to guide pipeline maintenance activities and protect the gopher tortoise population. The state will also use the field survey results to augment the known species range information.